This article is basically for the ones who don’t jump off their place seeing horror/thriller films, instead, they wonder how they did that or make fun of the film because it’s not scary at all. And all this only because they’ve become so immune to watching such films!

(IF YOU DON’T MIND BEING SCARED TO DEATH)

We watch horror films for the thrill of the fear, right?

There’s nothing better than a movie which makes you question every sound at night, every creak you hear or every time your dog bangs into you and scares the hell out of you.

So, here’s a list of some horror/thriller films that actually gave us chills at some point. We don’t claim that all of them are high art but sometimes the right camera angle, sound effect or timing of a “jump scare” is all you need.

Please note: Not all films mentioned are a great hit, but trust us, they’re a must watch.

Chris, a black man, decides to visit his white girlfriend's parents during a weekend getaway. Although they seem normal at first, he is not prepared to experience the horrors ahead. 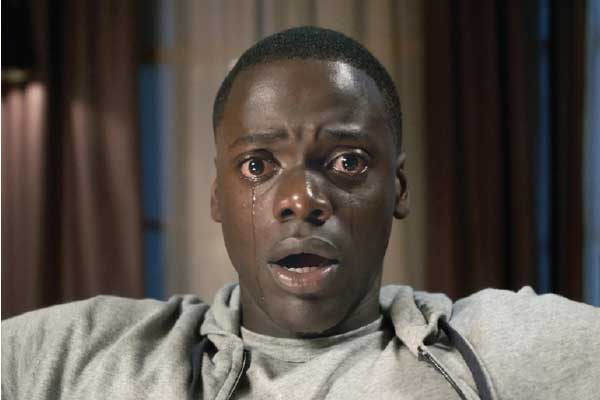 Our review: So, the film is not really a “horror” film. It’s a mystery/thriller. But it’s a must watch. The climax will make you give the same expression as given by Daniel Kaluuya in the picture above.

Kevin has 23 personalities. His psychiatrist believes there’s a last one that hasn’t come out yet and will dominate the others. He finds that out when he kidnaps three girls and takes them home. 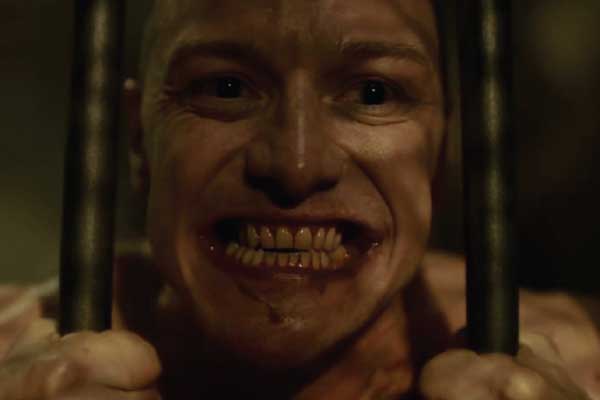 Our review: WHAT A FILM! It’ll keep you on your toes the whole time. You would get all types of emotions watching the film. The film is a thriller/psychological horror.

Maddie went deaf as a teenager. After that, she moved to the woods to live peacefully, far away from civilisation. But when a psychotic, masked killer enters her house, she must defend herself.

Our review: The film is a thriller/horror. It wasn’t a great hit but it should be watched once. More than being scared you feel helpless! WHY? Watch and find out.

4) THE AUTOPSY OF JANE DOE

A team of father-son coroners gets an eerie unidentified body at the morgue. She’s beautiful and shockingly well preserved. When they start her autopsy, they find out that she might not even be dead. 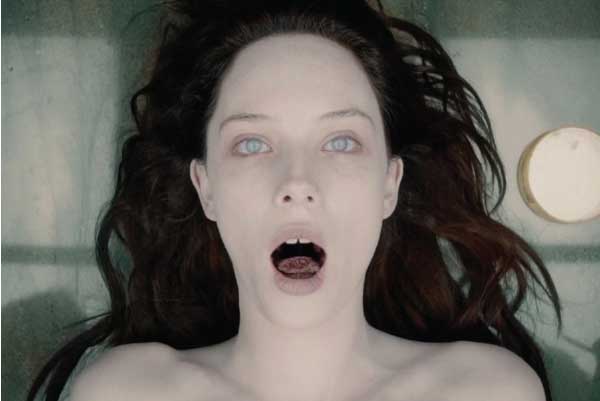 Our review: The film is a mystery/thriller. You feel just as stuck in the situation as the characters in the film. Not scary, though.

Industrious high school senior Vee Delmonico (Emma Roberts) is tired of living life on the sidelines. Pressured by her friends, Vee decides to join Nerve, a popular online game that challenges players to accept a series of dares. It's not long before the adrenaline-fueled competition requires her to perform increasingly dangerous stunts. When Nerve begins to take a sinister turn, Vee finds herself in a high-stakes finale that will ultimately determine her entire future.

Our review: The film is a drama/mystery. More than horror, this film is a lesson. It also includes a love story between the characters.

Teddy Daniels and Chuck Aule, two US marshals, are sent to an asylum on a remote island in order to investigate the disappearance of a patient, but Teddy uncovers a shocking truth about the place. 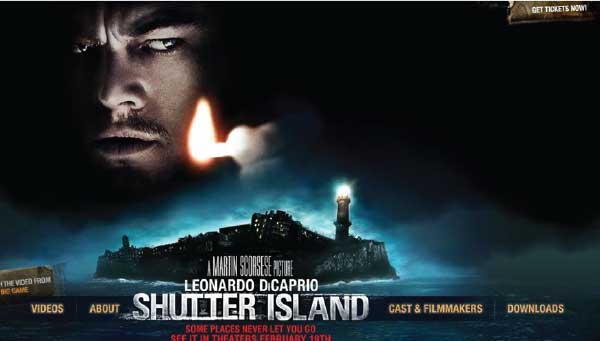 Our review: The best thriller ever! And you would say this only after you witness the climax of the film. MUST WATCH.

Robert Graysmith, a cartoonist by profession, finds himself obsessively thinking about the zodiac killer. He uses his puzzle-solving abilities to get closer to revealing the identity of the killer. 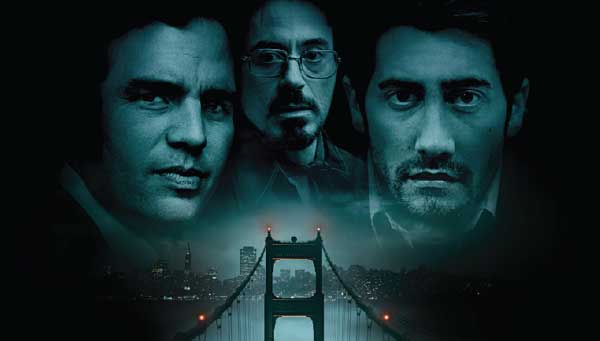 Our review: Watch the film with patience. It’s a long movie but worth it. The actors in the film are SO GOOD, you’ll fall in love with them. The film is a crime/thriller. Who wants to find out who actually is the killer?

When the police take time to find Keller Dover's daughter and her friend, he decides to go on a search himself. His desperation leads him closer to finding the truth but also jeopardizes his own life. 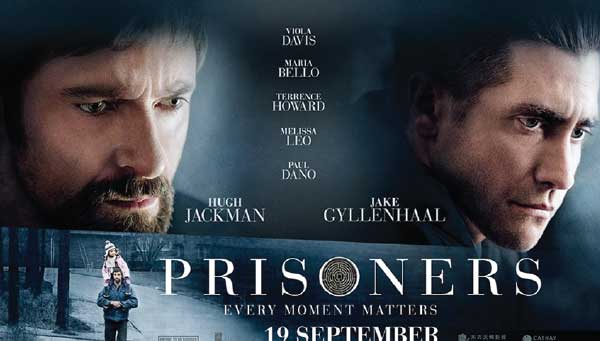 Our review: The film has been crafted to perfection by the two best actors, Hugh Jackman and Jake Gyllenhaal. A film with many emotional components, the visceral panic, desperation, and helplessness any parent would feel when their children are abducted, forms its bedrock.

Cobb steals information from his targets by entering their dreams. He is wanted for his alleged role in his wife's murder and his only chance at redemption is to perform the impossible, an inception. 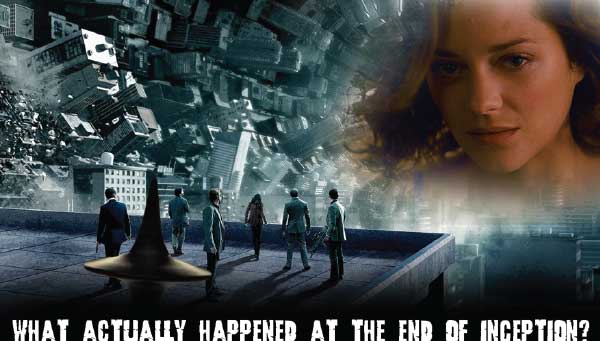 Our review: The film is NOT easy to understand. You will be totally confused throughout. You’ve to put in your full concentration while watching it or you’ll miss out! MUST WATCH.

Set in 18th century Paris, the story of a man with an extraordinarily acute sense of smell takes a dark turn when his quest to create the ultimate fragrance leads to murder. 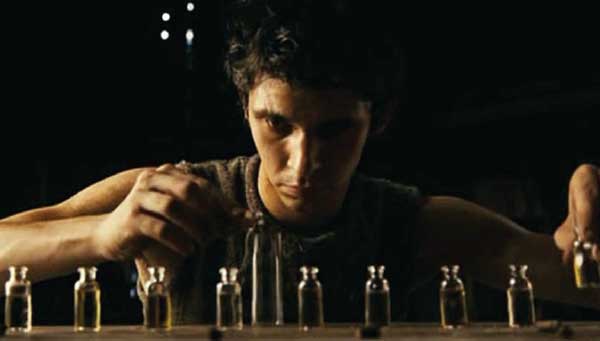 Our review: Think twice before watching this film because you might just end up with a lot of emotions by the climax of the film. (no good emotions) . Keep the weird emotions aside, the concept is out of the box.

Other films you can watch, which couldn’t be on the list but should be watched are: SE7EN, Gone Girl, The Silence of the Lambs, The Gift, Prestige.