As Padmashree Mohanlal blows candles celebrating 58 years, here’s 10 movies of his that has blown our minds.

Released on the Christmas of 1980, Manjil Virinja Pookal is the debut movie for prominent director Fazil as well as the first on screen debut for the birthday boy Mohanlal. The film was made on a cost of 7 lakhs and grossed 98 lakhs at the box office. One of the highest grossing movies of the year and a pivotal landmark for the director and actors. 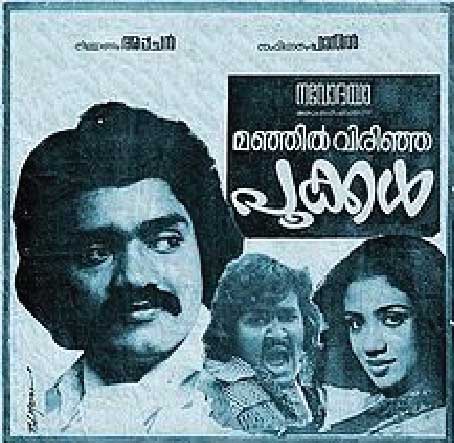 Fun Fact: Mohanlal gave his first salary from the movie to an orphanage near the location.

Guess what was his first salary?

In Thoovanthumbikal, Mohanlal falls in a love triangle where he’s battling his confusions of who he will marry and spend the rest of his life with, Radha or Clara? 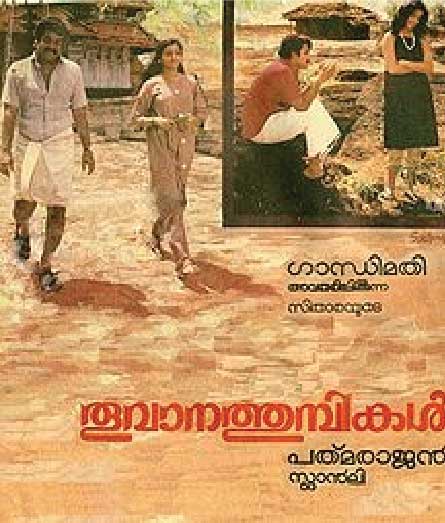 The movie that got our tummy’s in a tight twist laughing after every re-watch of this hilarious movie of 2 lower-middle class men trying to etch out a life. Even after 35 years, its doing what it’s been doing since it was released. Mohanlal plays Dasan who had wild idea of getting the extra buck. 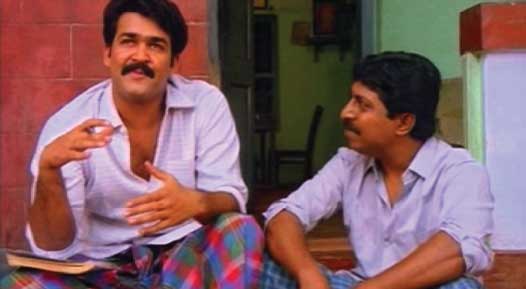 This was a landmark for the duo of Mohanlal and Sreenivas. A movie you won’t be tired of after the 23rd time!

The movie released on the 50th Republic day and created history in being one of the highest grossing films of that time with 220 million rupees. The movie ran in theaters for almost 7 months. 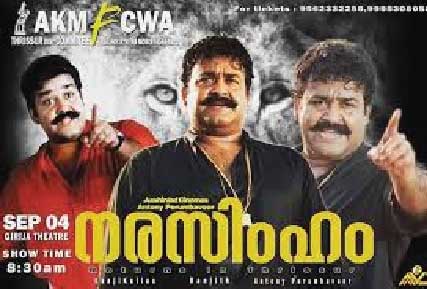 Mohanlal plays the role of an avenged young man who was false accused of a crime he didn’t do.

Ever imagined seeing a movie running for a whole year in theatres? Yep this is the one. The movie is hallmarked for its many funny scenes between the phenomenal duo of Mohanlal and Sreenivas and Revathi. 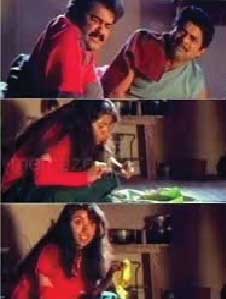 The movie grossed 5 crores, the first movie to do in Malayalam movie history.

Mohanlal’s role in Thanmatra is an astonishing and mind blowing performance where he depicts a really smart Government worker who is hit with Alzheimer’s disease. The family that struggles and years later his son is a successful Governor bringing with the inspiration of his father. 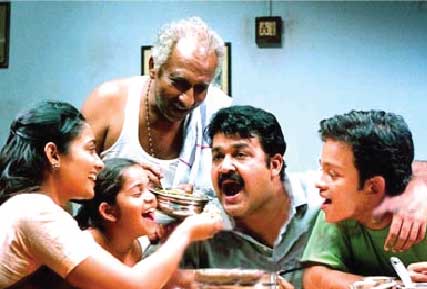 The movie fetched the ‘Best Actor’ award for Mohanlal. The movie even got 4 more other awards.

Yet another history making, high grossing movie starring Mohanlal who goes to be crowned as the Sixth Lord of Kanimangalam. 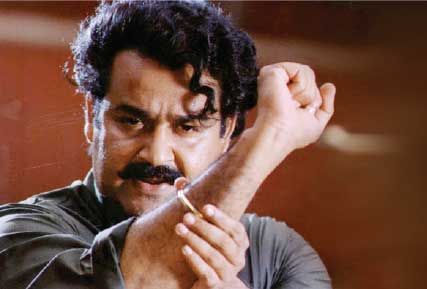 Mohanlal does an excellent job with this role. Multiple scenes from this movie is being re-enacted in many competitions and TV shows because of its heart thumping dialogue delivery.

Again, yet another top grossing movie of the year in 1995 is one of Mohanlal’s contrasting roles from his other 300+ movies he’s acted in. Mohanlal plays the role of a scaly man due to his father throwing away his son because he isn’t able to fulfil his desires of how his son should be. 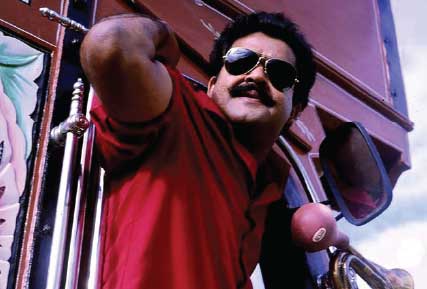 Mohanlal plays the role of ‘Aadu Thoma’, a character in which Mohanlal is always remembered by. He became a true youth icon from this movie forth.

In Mohanlal’s illustrious career, his performance earned him the 1989 National Film Award-Special Jury Award "for portraying young man's agony and pain marvellously and in unique style". 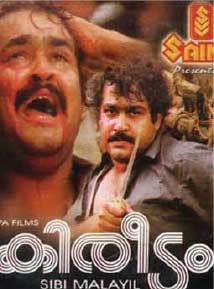 Now this is a movie which was a pivotal landmark in Mohanlal’s career where he displayed essence, un-tapped acting skills reconceptualising material acting that any other actor has executed. 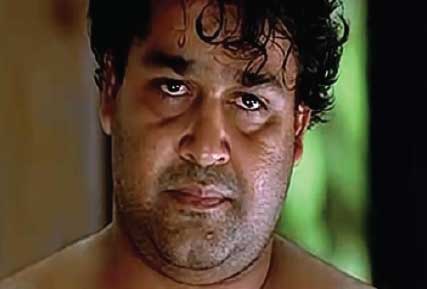