Bollywood's Biggest Rivalries That Made Headlines for Years

Rivalries in Bollywood are not a new phenomenon. Maybe we read about them a lot more now because of how much scrutiny the actors are under, but for as long as there have been movies, there have been power struggles. Here are some of the biggest rivalries the film industry has seen over the years. 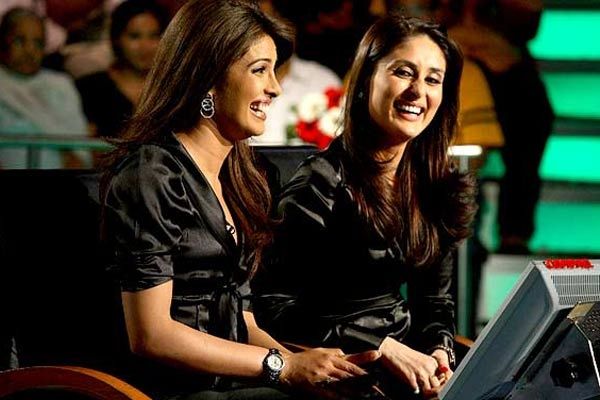 In December 2007, Kareena took a dig at Priyanka by stating that she did not consider any of her contemporaries to be 'actresses' except Rani Mukherjee. Priyanka made a dignified response to it by saying, "Bebo is a more senior and hopefully more mature actress than me. I guess she's qualified to comment on my calibre," and also praised Kareena's performance in 'Jab We Met'.
Kareena, once again, ridiculed Priyanka Chopra on the show 'Koffee With Karan'. Kareena seemed to think of Priyanka's acccent as unnatural asking where she got it from. Priyanka, who appeared with Kareena's ex-boyfriend and her on/off lover, appeared to be in no mood to let it go and retorted back saying that she got it from the same place as her boyfriend (Saif) did.
Another time the two actresses showed signs of a patch up was during an event for the Mumbai Police. During her performance, Priyanka got Shah Rukh Khan, Saif Ali Khanand Kareena Kapoor on the stage to jive along with her. It was apparent that the two actresses wanted to bury the hatchet. 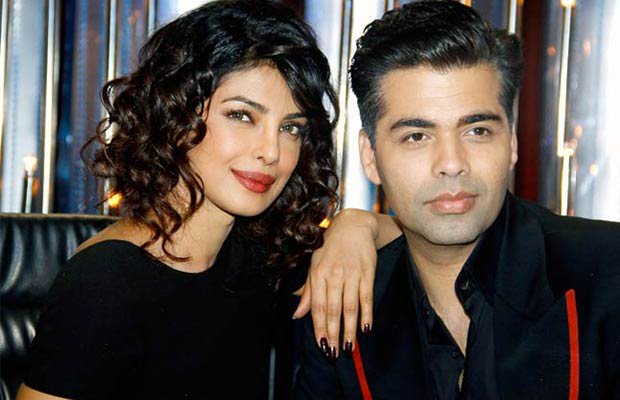 Not a lot of people remember that there was a time when Priyanka Chopra was on the outs with the film industry. In 2012, soon after rumours of her affair with Shah Rukh Khan started doing the rounds there were quotes of a "certain friend of Priyanka Chopra saying that the actor heard bitchy comments about her being made by a powerful producer-director," according to a report in Mumbai Mirror.

Reacting to this, Karan lost his temper and went all out on Twitter.

KJo tweeted, “Using their hired PR machinery, and hiding behind so-called ‘friends’ to get news into tabloids is nothing but spineess and lame!!! Some people need to wake up and smell the KOFFEE!!! Get a reality check before it’s too late!!! Grow up, and don’t mess with goodness.”

Everything was forgotten soon after at Karan's birthday bash, but not before Gauri cleared Priyanka for the guest list. 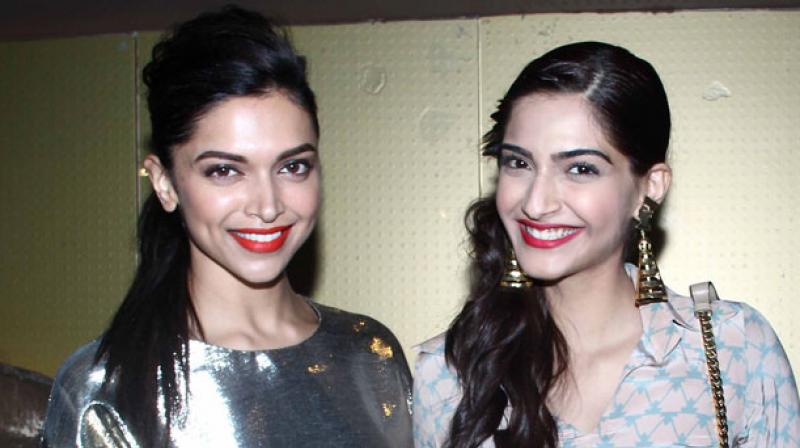 Deepika and Sonam debuted in Bollywood around the same time, so no one really expected them to be friends. But when they made an appearance on Koffee with Karan and ripped Ranbir Kapoor apart, everyone was pleasantly surprised to see hints of a real friendship. But, it didn't last, and in the next season of KwK, Sonam took several digs at Deepika, including at her fashion choices and PR machinery. In 2015, Sonam once commented on how she would never publicise her plans to do social service, which seems harmless, but were made immediately after Deepika had started a foundation for mental health awareness. Sonam denied that it had anything to do with Deepika, and blamed it on the media. They're now on friendly terms and have let bygones be, but not before giving us gossip gold. 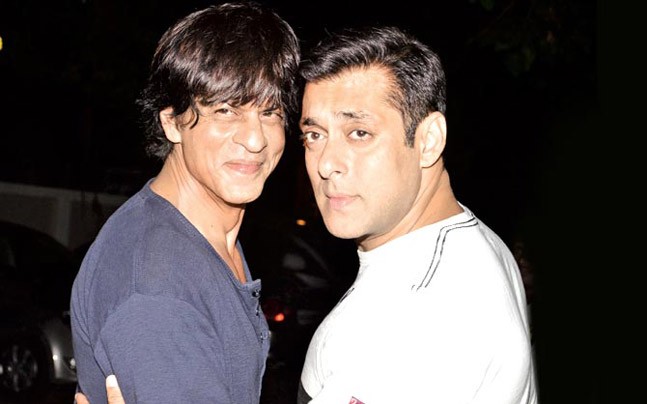 The truth is once upon a time, the two Khans were like brothers. They were the best buddies in Bollywood industry. They did a number of films together like Karan Arjun, Kuch Kuch Hota Hain etc.

The day was the 17th of July 2008, and also Katrina Kaif’s birthday. At that point Katrina happened to be Salman’s girlfriend. The two got into a very serious and heated verbal conversation when Shahrukh Khan happened to remark about Salman’s ex, Aishwarya Rai Bachchan. Things got serious when the situation turned ugly. The snide remark about Salman’s ex-girlfriend had angered him to a great extent. Things got ugly when the news came out in open. The media went berserk on the news, and this news was shown on every single television channel. When the fight between the two was at its peak, the ladies, Gauri and Katrina came between them to calm things down. However, although they calmed down, the deed was down. The friendship that existed between the two was broken, until they hugged it out at an iftaar party in 2013. 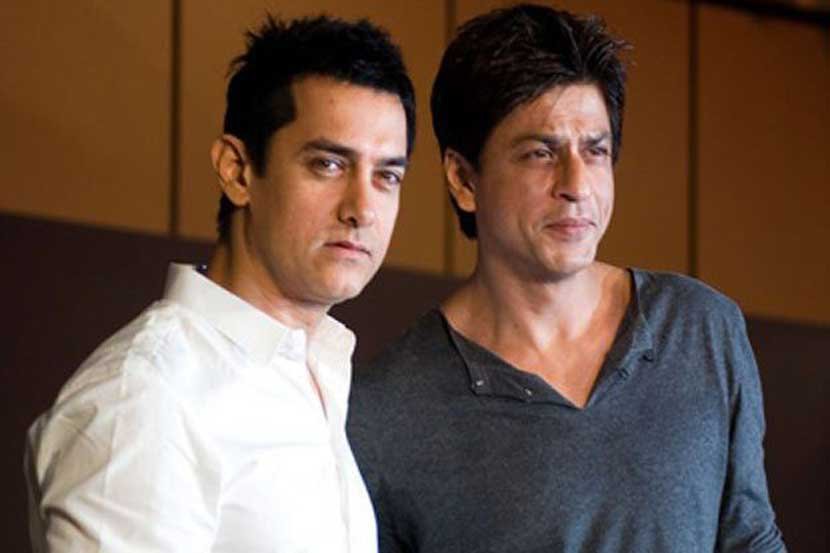 For an industry that thrives on power struggles, it's difficult for two superstars to not butt heads with each other. Aamir and Shah Rukh, while cordial, have never really been friends. Apparently this goes back to 1995, when both the actors were nominated for a Filmfare award for their performances in Dilwale Dulhaniya Le Jayenge and Rangeela. SRK won the award, and many say that this is the reason Aamir doesn't attend awards show till date. The rumours about their rivalry were further fueled when, in 2008, Aamir wrote on his blog, "Shahrukh is licking my feet and I am feeding him biscuits every now and then. What more can I ask for? Now, before you jump to any conclusions let me add that Shahrukh is the name of our dog. And before you jump to any further conclusions let me add that I had nothing to do with naming him." 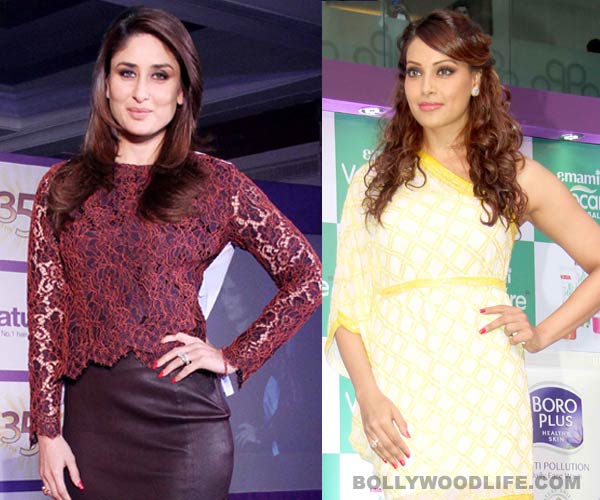 In 2001, Bipasha made her Bollywood debut with Ajnabee, a film that also starred Kareena. Since then, they haven't been each other's biggest fans. The same year, Bipasha gave an interview saying, "I will not work with Kareena again. Because you either get along with people or you don't. I believe that if you get along with people off screen, you gel with them on screen." In 2002, Kareena gave an interview saying, "(Bipasha) just doesn’t seem to have any confidence in her own talent. In a four-page interview, she spoke about me for three pages. Why not talk about your work? I think her only claim to fame is that she fought with me during Ajnabee over dress designer Vikram Phadnis. She’s given statements that I called her uncharitable names. Now, that’s a figment of her imagination." A few years later, Bipasha and her then-boyfriend John Abraham took digs at Kareena's acting on Koffee with Karan, but hopefully all of this is in the past now. 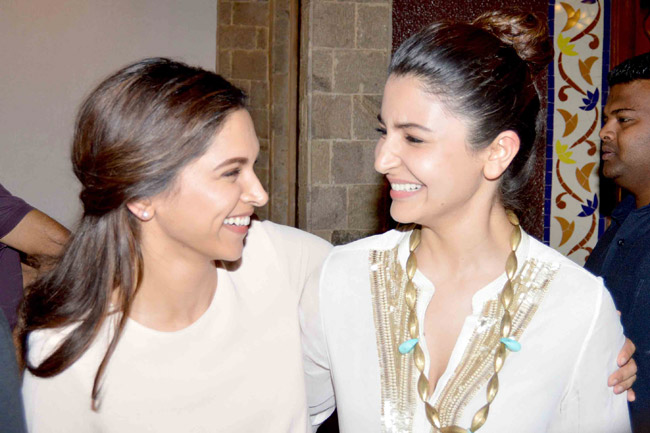 In a recent Koffee with Karan episode, when Anushka was asked if she considered Deepika a close friend, she kept a poker face. Despite their civil treatment of each other, and perhaps some over-compensation on Deepika's part, Anushka has never been her fan. Even before Sonam, she had a problem with the way Deepika's PR team positioned her as number one in the media. Once, she was quoted as saying, "A friend of Deepika had called up to say that she is doing Yeh Jawaani Hai Diwani and not Anushka. My ‘friends’ don’t call, do they? I am Kashyap’s and Hirani’s choice. She is Ayan’s and whosoever’s. I never pull anybody down. That makes me nice, right?"