Kashmir: A perfect destination for shooting a movie

With ‘Raazi’ releasing this weekend, the fans of Alia Bhatt have loved the movie in such a way that they are in love with the location and that is Kashmir. Usually, Bollywood prefers Switzerland in their movies, but when Kashmir is as beautiful as Switzerland then why go elsewhere?

1. Raazi: An espionage thriller, which is set during the 1971 Indo-Pak war was shot in Kashmir. The director has done shooting in such a way that even the youngsters will fall in love with the picturesque locations.

2. Rockstar: Ranbir’s award winning role, which not only showed the scenic landscapes of the paradise, but also gave us a sneak peek of the Kashmiri wedding as well. We all can never forget the iconic cover of Shammi Kapoor’s classic song which was done by Ranbir Kapoor and Nargis Fakhri at the Dal Lake.

3. Highway: Alia’s second film after ‘Student Of The Year’, which was one of her best works till date had also featured Kashmir in their list for travelling. Who can forget the trance music scene which is played on the truck and Alia grooves on that number.

4. Mission Kashmir: The nail-biting terrorism thriller, which is set against backdrop during the terrorism in Kashmir had almost covered the entire state very well. We all can never forget the Dal Lake in the opening where the boats explodes and then sends a chill down our spine with the song “dhuan dhuan”.

5. Roja: Mani Ratnam’s multi-lingual film, which was appreciated by critics and masses alike had taken advantage of the scenery of Kashmir which showed the snow capped mountains and the beautiful scenery during the romantic angle between the lead actors.

6. Bajrangi Bhaijaan: Salman’s only movie which actually showed his true “Being Human” side and took Munni aka the adorable Harshali Malhotra to her home in Pakistan. Those scenic locations are actually kashmir where Nawazuddin records their memorable journey in a camera.

7. Haider An awesome take of William Shakespeare's classic ‘Hamlet’ had a very manipulative way of setting the story in the backdrop of insurgency in Kashmir in 1995. The only thing which is shot perfectly in the movie is the iconic song ‘Bismil’ which showed the Sun Temple located in Kashmir.

8. Yeh Jawaani Hai Deewani This is true as a matter of fact the trekking part where Bunny, Naina, Aditi and Avi take a group picture together is actually Gulmarg in Kashmir not Manali, which actually angered J&K CM Omar Abdullah and prompted him to file a lawsuit against the director and producer. 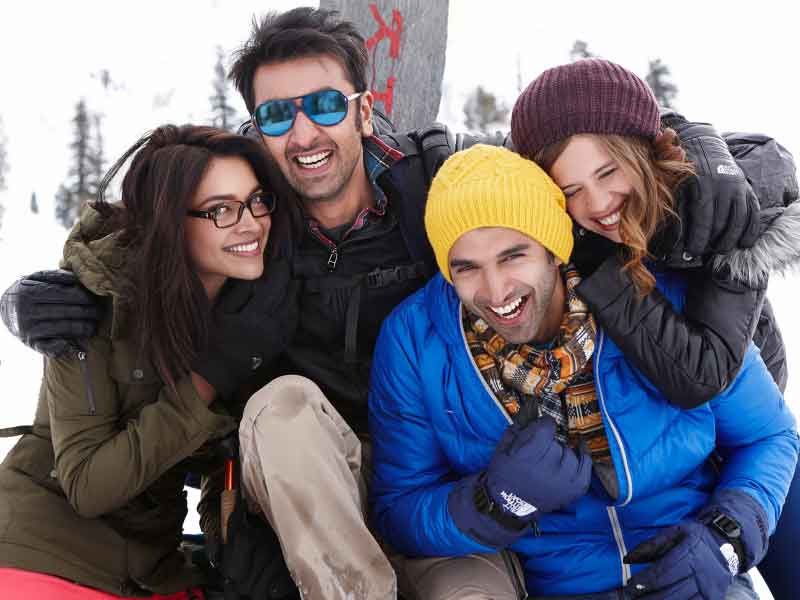