Kareena Kapoor Khan made her post-pregnancy comeback with Veere Di Wedding and how! The film is still ruling the ticket windows and minting moolah at the box office.

While Bebo fans are super happy to see the actress on the silver screen after a long time, there is a not so great news for them. Apparently, the actress will now face the camera directly next year.

Kareena recently spoke to Midday in which she revealed that even though there is a project in the pipeline, it will on go on floors in January as she and Saif Ali Khan are taking turns to spend time with their tiny tot Taimur Ali Khan. 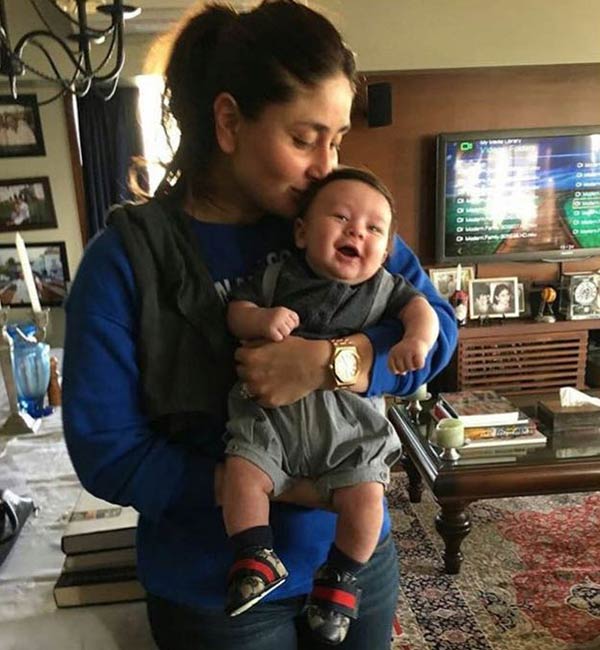 My husband isn’t a businessman who comes home at 9 pm. He is an actor too, and between us, we must balance our time out for Taimur. We have decided we’ll do one film each.
I did Veere Di Wedding, now he is doing Navdeep’s (Singh) film. After he finishes his commitments by November, I will start my next. So, I can kick it off in January.

Movies will go on, but I will do one film at a time. My family, my son, my husband — they are the most important things for me. I love being a mother as much as I love my work. I want to ace that balancing act and be an example for others. I was told that I won’t get films after marriage. I changed that. Even if this (doing fewer films) turns out to be a mistake, I’m okay with it. I have no regrets about the path I have chosen.

There were reports doing rounds that Kareena will be next seen in a film produced by Karan Johar. When the actress was asked about the same she said,

There is a project, of course, but I will let the announcements be made before I speak about it.

So while we are sad about not seeing the actress on the 70 mm soon, we can’t wait to witness more Kareena-Taimur pictures on our social media feeds.

‘Pushpa: The Rise’ re-releases in Tamil Nadu theatres on Jan 21

Prashant Raj to explore the Tamil film industry with Santhanam

Pannaga Bharana and Prajwal Devaraj are to collaborate on a project