Deepika and Ranveer are gearing up for a winter wedding?

The rumours surrounding Deepika Padukone and Ranveer Singh's wedding refuse to die down. The latest we hear is that the couple is likely to tie the knot on November 19 this year.

A report in SpotboyE stated that the Ram Leela co-stars are getting married on November 19 while their pre-wedding ceremonies will begin a day in advance.

The report added that the wedding will be held in Mumbai while the Padukones will host a reception Bengaluru (Deepika's hometown) later.

In April, Ranveer Singh dismissed the reports of an impending wedding saying: "Nothing is official till it is made official and I am not a seer." The actor added that they are both busy and Deepika is also 'recuperating from back problems.' BollywoodLife quoted Ranveer as saying: "So we are quite occupied and distracted. So, if there is any announcement in the future, you will be hearing me shouting from the rooftops."

Ranveer Singh has several projects on hand - Rohit Shetty's Simmba, releasing later this year, Zoya Akhtar's Gully Boy set for February 2019 release and Kabir Khan's '89, the release date of which hasn't been announced yet. Meanwhile, Deepika Padukone was last seen in Sanjay Leela Bhansali's "Padmaavat" (also starring Ranveer Singh) hasn't signed her next project yet. Her film with Irrfan Khan (to be directed by Vishal Bhardwaj) has been put on hold till Irrfan returns after his treatment for neuroendocrine tumour.

According to SpotboyE, Deepika is using her free time to complete the wedding planning and shopping. Deepika spotted in Bengaluru a few weeks ago apparently shopping for her jewellery among other things.
The Padukones and the Bhavnanis celebrated New Years and Deepika's 32nd birthday in Maldives together. It was reported that Ranveer's mother gifted a Sabyasachi saree and a set to Deepika on her birthday. 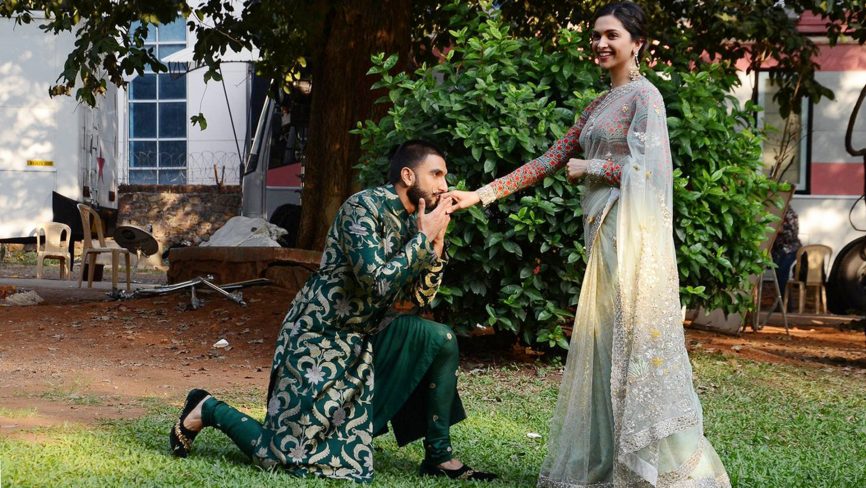 Meanwhile, at the GQ 100 Best Dressed 2018, Deepika seemed to have confirmed these speculations as a video of the actress talking to Anil Kapoor has gone viral on social media from the star-studded event.

In the clip, although the audio is not clear enough, it seems as if Anil is asking Deepika about Ranveer and their wedding. Have a look:

Meanwhile, in an exclusive tête-à-tête with Pinkvilla, Deepika was asked if she would like to star in a movie with Ranveer which has a happy ending.

To this, Deepika laughed and revealed, "I hope so. I really hope so. That's actually what my family is always telling me. My sister especially and my mother, they are always like 'do you have to die in every film?' So yes, I hope that whatever film Ranveer and I do next, that we don't end our lives in the way that we have and also maybe, a less emotionally draining film. Something just lighter on the heart and on the emotion part of it."

On the other hand, when Ranveer was asked the same question, the actor revealed, "Deepika is a wonderful artist and one of the best actors we ever had in Hindi cinema. I hope to collaborate with her in more films in the future."

Talking about her equation with Ranveer, Deepika had once told Filmfare, "When we're with each other, we don't need anything or anyone else. We're comfortable in each other's presence. Sometimes it's intelligent conversation, sometimes just silence, sometimes there's a childlike innocence. We keep each other grounded. We are good in that sense."

What do you think? Are these rumours just the result of an overworking gossip mill, or may they hold some truth? Well, we’ll only have to wait to find out. 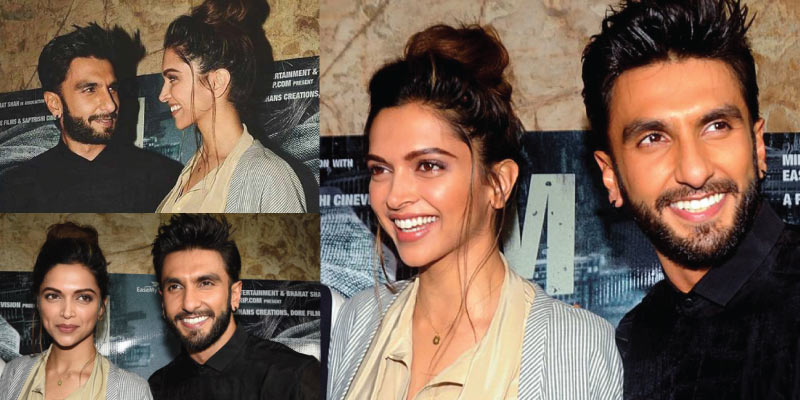 Dhanush's 'Thiruchitrambalam' will hit the screens on July 1, 2022

Avatara Purusha: Part 1 Movie review: Film with lots of laughter and has tried to showcase an unique aspect of black magic