Bhavesh Joshi isn’t just a superhero, he’s the emotion of many victims. This movie is a case, that probably fighting against corruption is nearly impossible but also compels us to believe that maybe, just maybe we can do it.

Looks like India’s only been hit with corruption. This is yet another one to the string of movies where our neighbourhood hero’s rebel to bring the dark truth behind our government and their vile tactics to the masses. The youth comes up big here to channel their anger and unhappiness to the level of the inability fight against individuals in power. It’s just what the many of us has gone through.

Priyanshu Painyuli as Bhavesh Joshi and Harshvardhan Kapoor as Siku is the duo who believes they could bring Insaaf-ity. Ashish Verma as Rajat is their story writing friend. The film is real. it’s what we hear, see and go through on some or the other day.

Bhavesh Joshi is done with the nonsense that happens on the streets. His revolt starts against people cutting tree’s, urinating on walls, kids bunking classes, burning plastic, people going the wrong side of one-way roads and jumping the red light when the road is free. The movie speaks for itself to what we see every day. One thing about the movie is that ti is relatable. It has nothing to do with Alien species or any super natural powers. 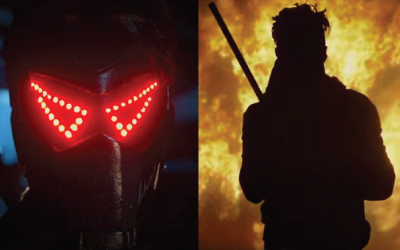 He’s just another YouTube vlogger on the streets, trying to bring our attention to the unrighteous. The Youtube wannabe though steers our attention to the right direction. Bhavesh and Sikhu take their brown paper bag masked hero online in an attempt to raise eyebrows and help the voices shout out their grief. Waters ran dry in the households and the crisis crashed the powerless people. Anger backed with passion propelled this bewakoof to change gears and bring his A-game. The whole movie concept runs to sweep the government clean off their feet and how any one of us commoners could go out there and be the change. But even though we see the hero’s just being scrapped up, it really gets us to still want Bhavesh Joshi to the be the one on the top of the mountain.

There are a many flaws to be seen. Camera work is a little untidy and maybe even the cast could be mixed up too. But the original characters do a great job, especially Harshvardhan who’s only on his second outing with this movie.

We see glimpses of Karate Kid too. Bhavesh and Siku go out to a Karate Master after being beat up and realizing they have no actual skill. Just like the 1984 Hollywood hit where ‘Daniel LaRusso’ just wanted to fight the bully’s.

Bollywood just couldn’t be complete with a little lust and love. Even though there’s only just a small wave of the duration of love scenes, could’ve been avoided it, completely, really.

The movie convincingly compels the youth to lingo between reality and imagination. To believe that maybe resistance is right. Resisting falling prey to what’s wrong and resisting to be quite against those who do wrong.

Thor: Love and Thunder will hit Indian screens this Thursday

Pakka Commercial Movie Review : Give the film a chance if you’re a fan Director Maruthi or Gopichand and Raashi

Bairagee Movie Review : A good watch for both family audiences and front benchers

Rocketry: The Nambi Effect Movie Review : Takes off well, hits some turbulence on the way, but eventually soars high