Are the newly weds setting goals? After Sonam Kapoor, Anand also changed his name on instagram

After dating for a few years, Sonam tied the knot with Anand on May 8 in Mumbai.

Sonam Kapoor, who just after the wedding had quickly taken up Anand’s surname and changed display name on all social media has always been outspoken about her feminist views. On both Instagram and Twitter, where Sonam is active, her name now is Sonam K Ahuja. While many found the gesture incredibly romantic, others criticized her on her move, asking how it was in keeping with her feminist ideologies. Feminism is a grossly misunderstood concept. Both by those who oppose it and a portion of those who claim to follow it. And today we have another such case of people acting based on ill-informed notions about feminism. Sonam Kapoor shuts down whoever questioned her feminism by saying this when questioned during an interview at the Cannes Film Festival 2018, “I have always said that I am a feminist. I have the choice to change my name to what I want to. Kapoor is also my father’s name. So it is a man’s name anyway. I chose to keep both. Anand has also changed his name but nobody wrote about that. I just decided to do it on social media because that’s my platform to say that I have made a choice. It is my personal choice. Nobody put a gun to my head. You should ask him (Anand). He has also changed his name and decided to add something as well.” She added, "And if people don't understand the concept of feminism, they need to go online and look at the description. And how do you know Anand has not changed his name?" Adding Sonam’s initial to his name speaks volumes. It’s a sign of mutual respect and admiration. He definitely has set a benchmark for all the guys out there! 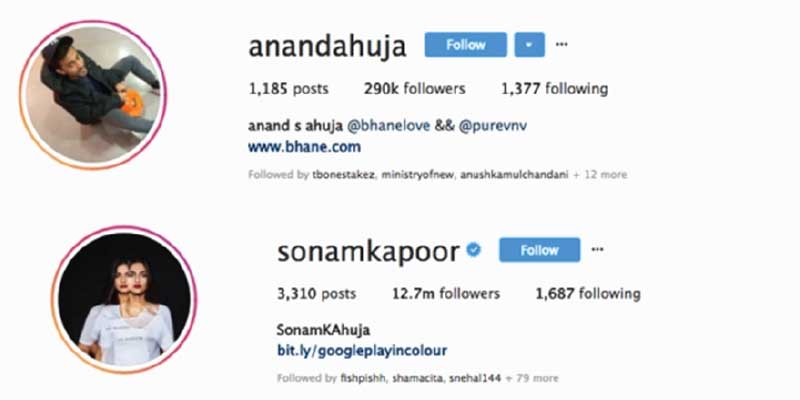 Feminism is not about being superior to men nor about male bashing. Every move a feminist makes does not have to be about proving how women are better than men. This, in fact, misses the whole point of feminism. It is about equal opportunities. For both men and women. And with that comes the right for women to make their own choices and decisions without having to answer to anyone.

Gold Movie Review: All that glitters is not gold!

Hit: The Second Case Movie Review: Delivers what it promises when it comes to the gore but nothing take you by surprise